The spanking new IBC Channel 13 started off by showing mostly canned shows from Hollywood. The “Twilight Zone”, “Have Gun”, “Perry Mason”, “Wagon Train”, “Rawhide” would soon rule the airwaves. Tarzan was waiting in the wings.
By 1962, there were six TV channels in the country: 3, 5, 7, 9, 11, and 13. Into this field came the legendary Andres Soriano. His biggest coup was buying IBC-13 that year from Baldwin and company.
Soriano asked Henry Canoy, another visionary and owner of Radio Mindanao Network to head his tri-media conglomerate’s broadcast empire together with the Philippine Herald which he bought from the Madrigal family.
Immediately, Canoy reconfigured IBC’s programming along the lines of DZHP’s the “Sound of the City”, boasting sharp news reporting, an all-night talk show, and a capsule studio – the equivalent of today’s outside broadcast (OB) van – from which it could air live news as it happened.
The success of the IBC-RMN-Herald tri-media conglomerate was cut short on September 21, 1972, when President Ferdinand E. Marcos declared martial law.
One of Marcos’ first acts was to issue Letter of Instruction No. 1, ordering all radio and TV networks closed. These networks, including IBC-13, were eventually allowed to reopen. Only ABS-CBN remained closed until the end of Marcos’ rule in 1986.
IBC-13 soon became a refuge for ABS-CBN programming veterans. In late 1973, most programs mounted by former ABS-CBN producers on Channel 7 transferred to IBC-13, resulting in the renaissance of IBC-13.
In 1975, the Marcos government enforced the constitutional requirement for media to be 100% Filipino-owned. This barred the Sorianos, who were US citizens, from holding any interest in either RMN or IBC. Furthermore, they were told that the owner of a newspaper could not likewise own a radio or TV station, and vice versa. This development caused the Sorianos to sell IBC to Roberto S. Benedicto. On 01 February 1975, Channel 13 Manila reopened as the Intercontinental Broadcasting Corporation (IBC) under the aegis of the Benedicto Group of Companies.
In 1977, IBC moved to its present home in Broadcast City in Capitol Hills, Quezon City. IBC had a nationwide reach and continued to be one of the country's most viewed TV networks.

To be the Filipino educational channel working toward a literate and globally competitive nation.

To provide the Filipino people, the youth in particular, a holistic learning platform focused on excellent educational content, culture and sports and other education relevant topics.


IBC13 Board of Directors

IBC13, the BIRTHPLACE of the Golden Age of Philippine Television! 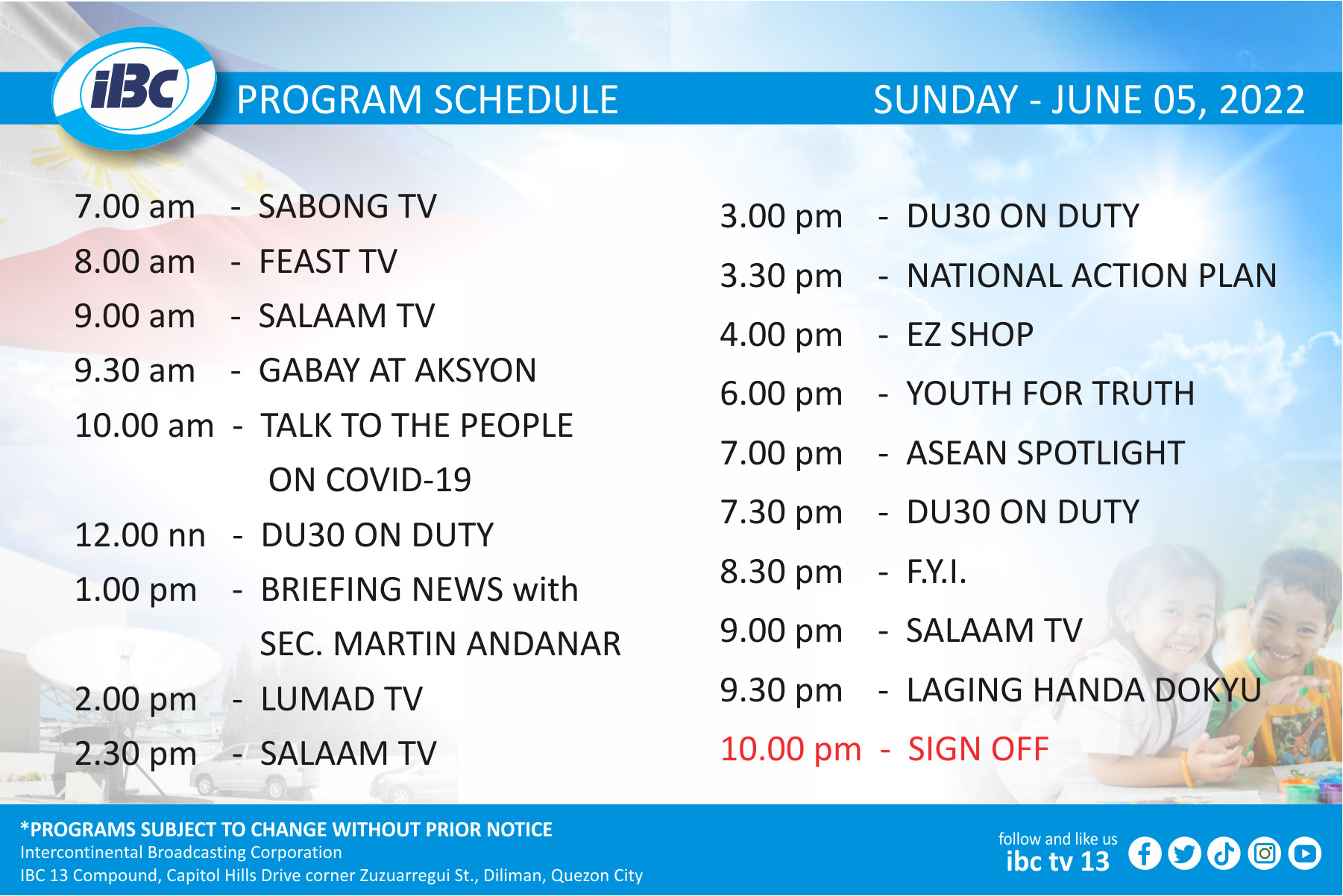 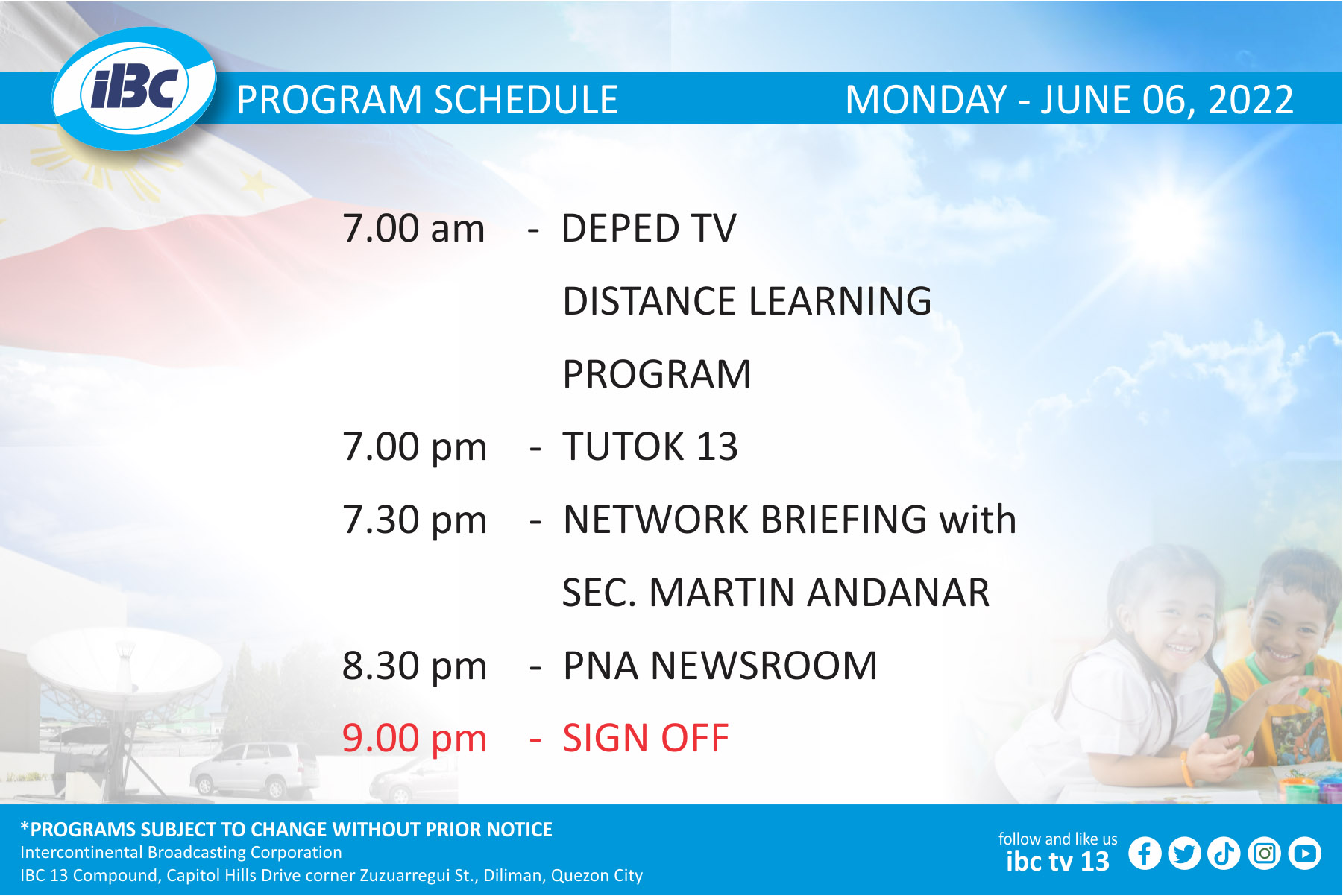 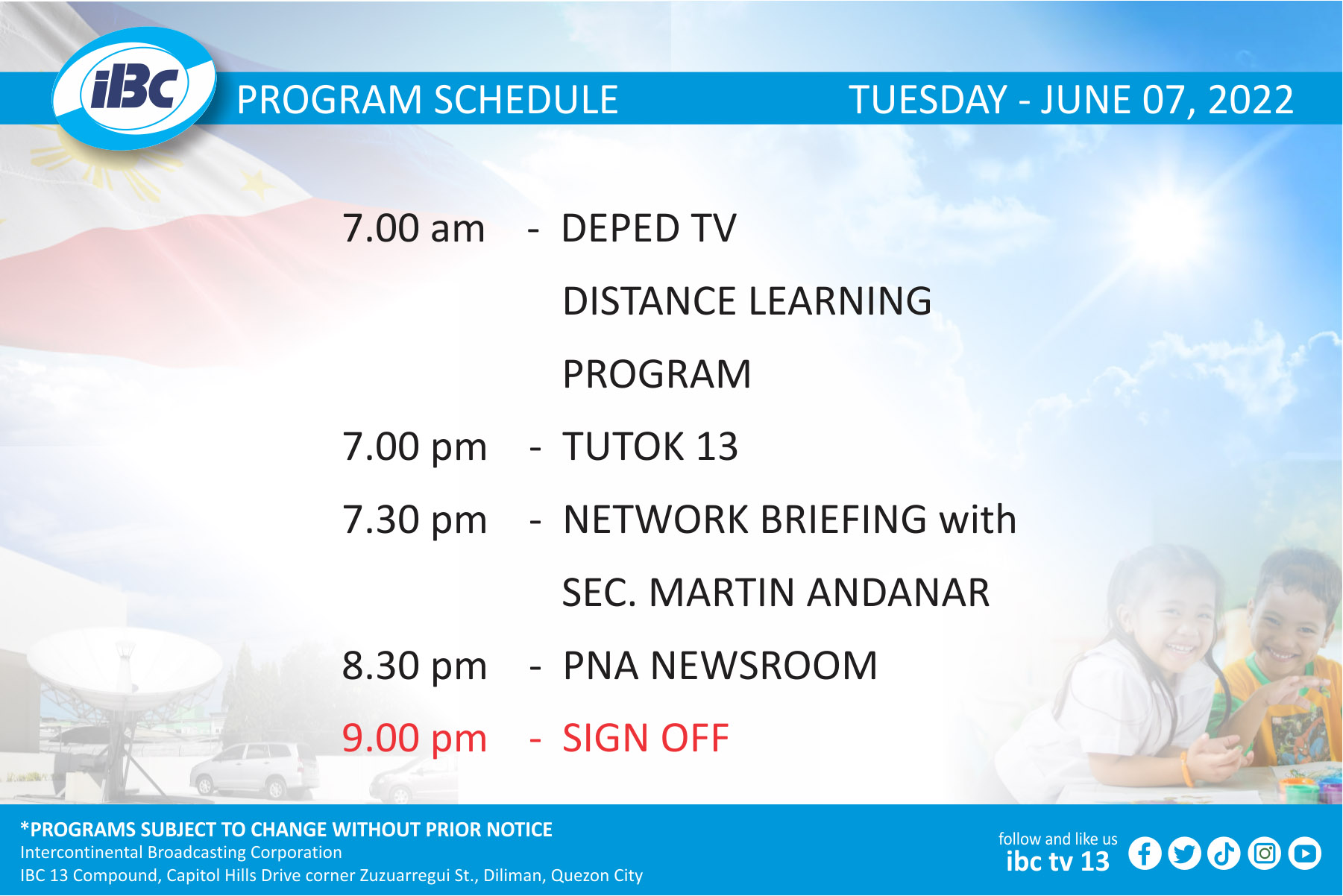 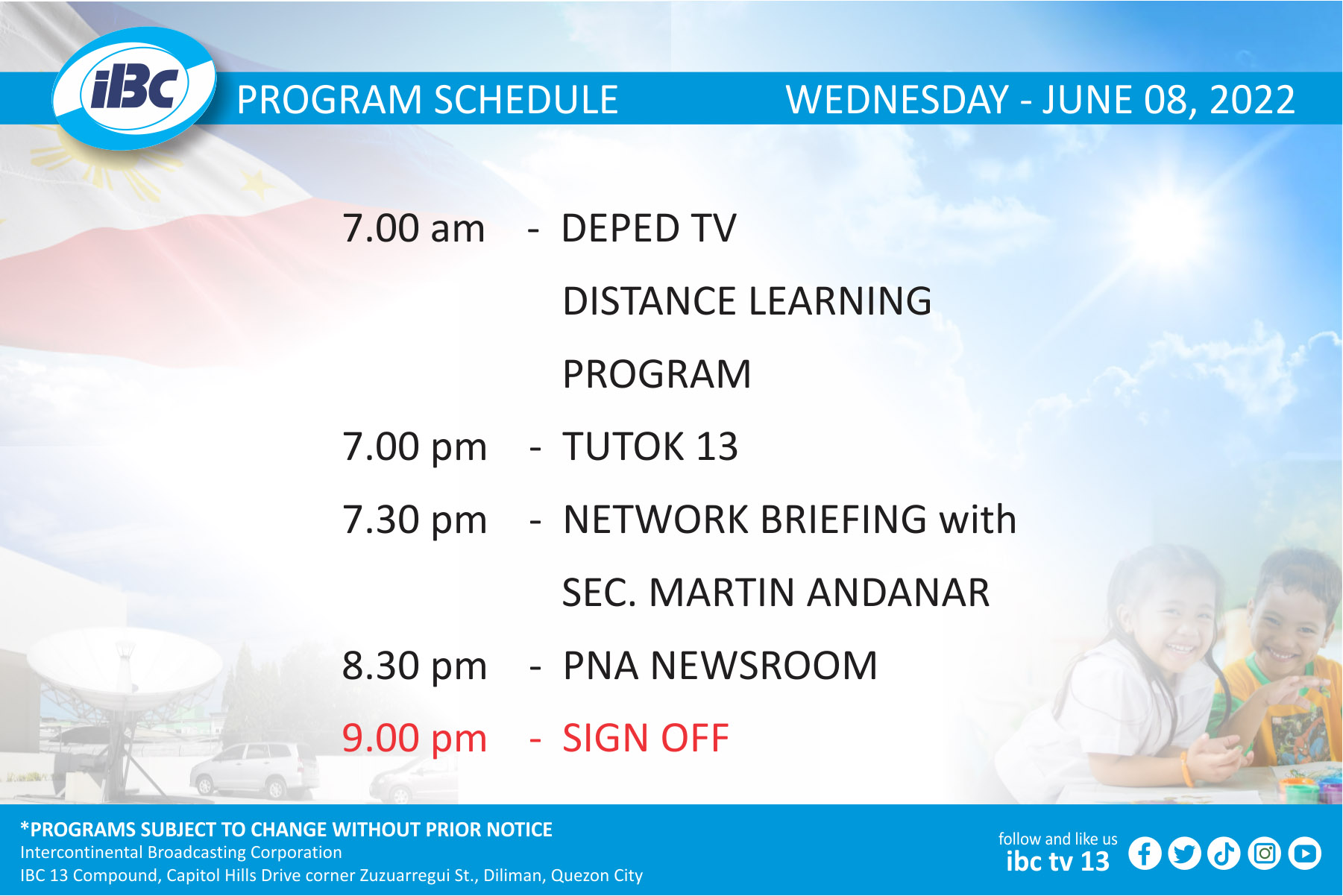 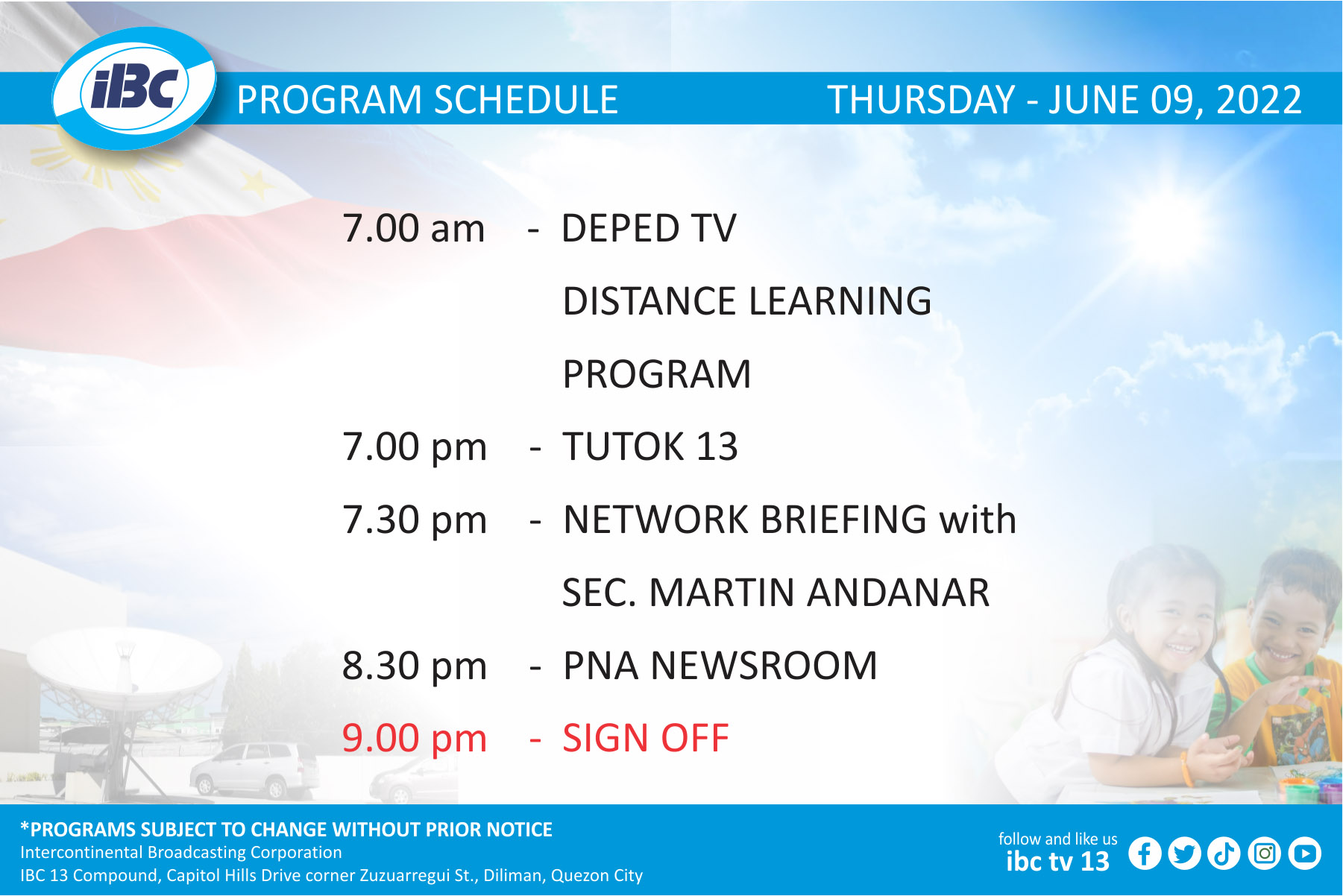 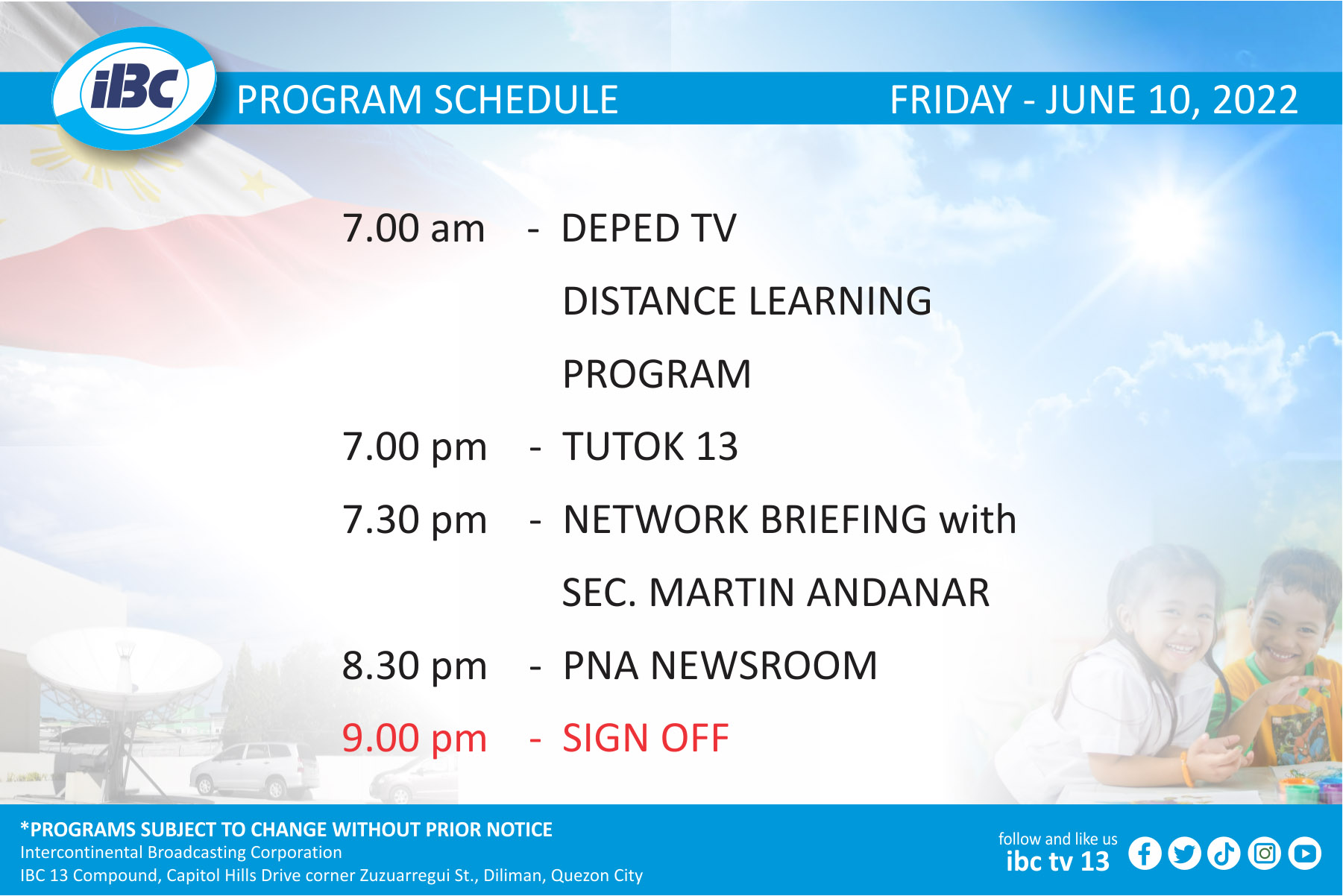 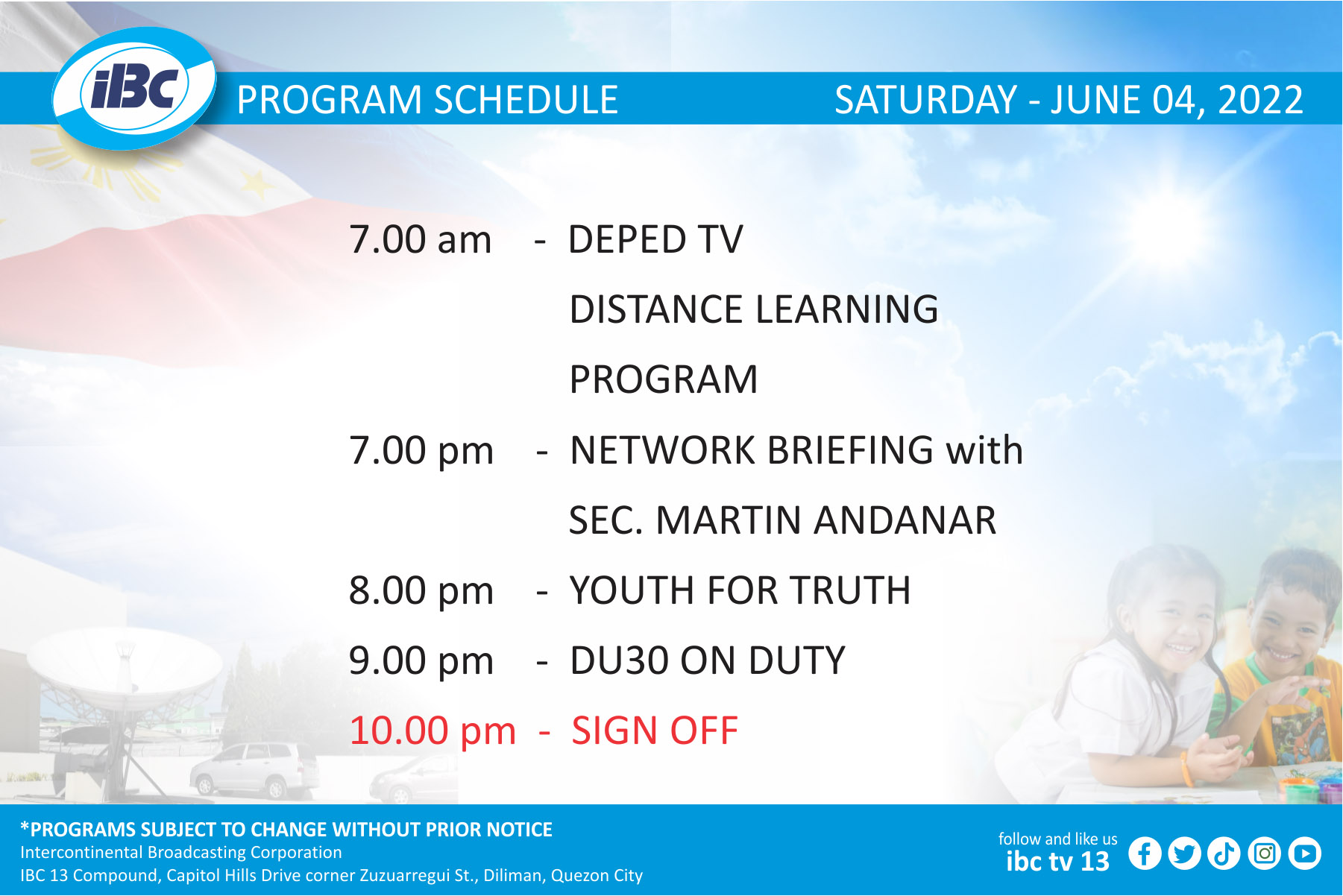 Meet the Members of the Board 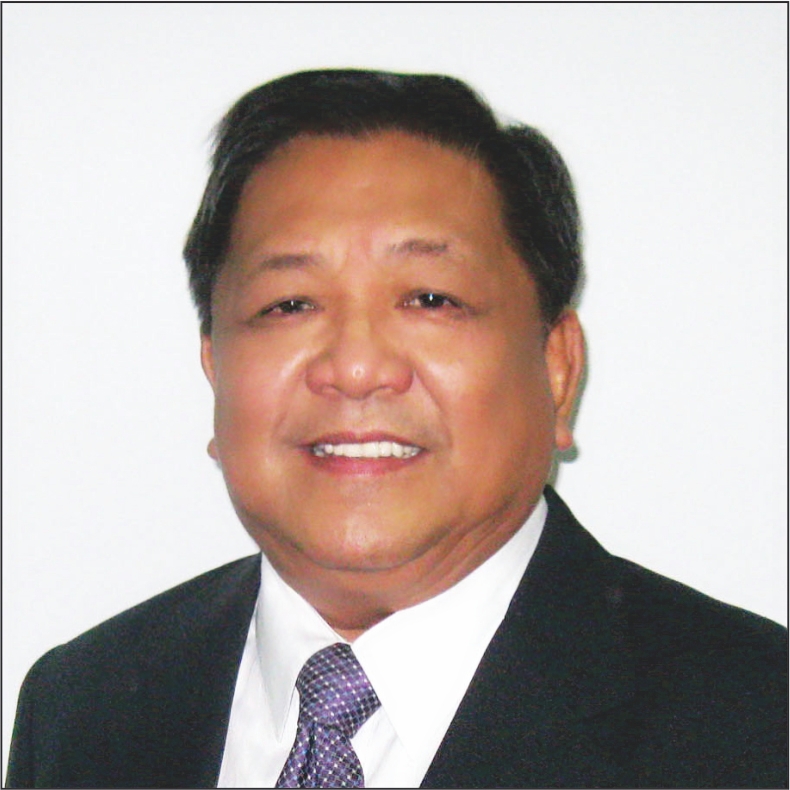 As the Chairman of the Board of Directors (BOD) of IBC 13, Arturo Alejandrino is at the forefront of steering the network to its ideal position in the broadcasting industry, making Channel 13 the front-runner in the educational, informative and entertainment genre. Having been part of the BOD since 2014, coupled with his experience as top-ranking official and consultant in other corporations particularly in the airline industry, Alejandrino’s commitment to service is topmost in his list of priorities. 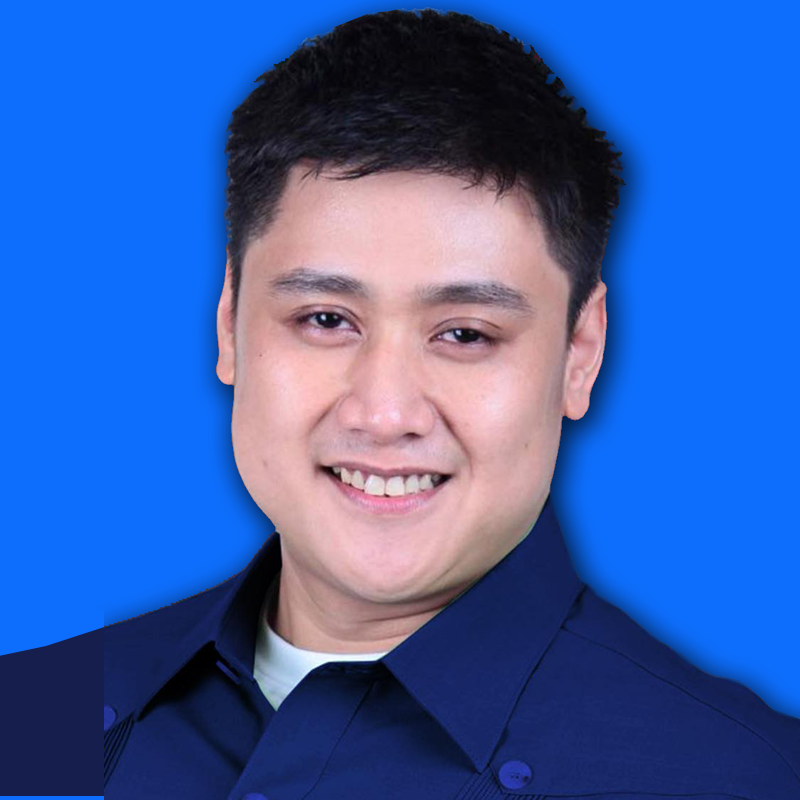 Hexilon, not a stranger to public service prior to his appointment, Hex served as a Board Member of the IBC-13. He has previously served as Councilor in their hometown, Santiago City, Isabela (2013-2016), and as Executive Assistant at the Office of the Executive Director of the National Commission for Culture and the Arts (2004-2007). Aside from his public service stint, Hex has also served as CEO for several private companies.

President/CEO and Board Member Alexander Bangsoy is the Founder and CEO of several companies namely TBF Realty, Goshen Land Capital Inc., Martha’s Property Management, Koord Capital Holdings, Zak Green Energy and Vester Corporation. In 2013, he was a finalist in the Ernst & Young Entrepreneur of the Year, making his company Goshen Capital the youngest corporation to be recognized by the prestigious global organization. 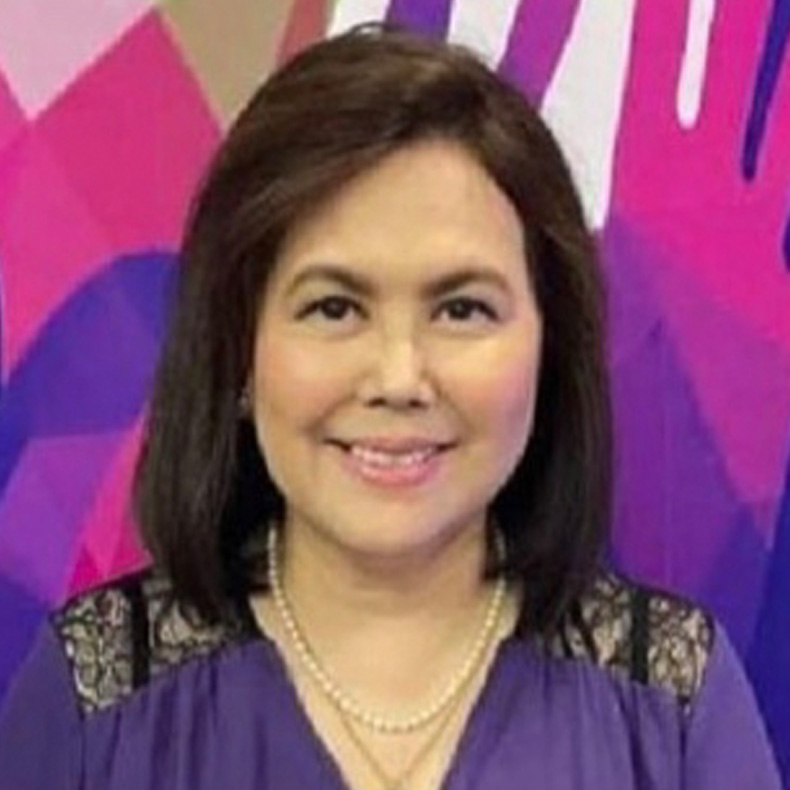 Cathy Vilar is a Media Professional with more than 20 years of broadcasting experience at PTV4, RTVM & related government media networks. She is a Researcher, a Speechwriter and Communications consultant. Though a Newscaster most of her professional career, she has engaged in TV hosting for Public Affairs & Malacañang special events, Sports programs & even a game show. Now living a quieter life, she plans to start a vlog, and venture into Life coaching. Josefino Manhilot is a PRC Licensed Realtor bringing more than thirty-five years of sales experience from various realty and development companies. His track record of topping sales records in the 80s, 90s and 2000s is a confirmation to his expertise in the field. Prior to his realty work, Manhilot held different accounting and administrative positions here and abroad, specifically in Saudi Arabia. His work experience enabled him to hone his skills in contract preparation, staff management, training and recruitment, and project feasibility studies. Marilyn Montano is an accomplished Advertising executive with over twenty years of experience in the advertising and animation industry. Montano is concurrently a Board of Director of the Animation Council of the Philippines and the Advertising Suppliers Association of the Philippines. She is also the Founder and CEO of Team App Inc., a creative technology provider specializing in animation, game, mobile and app development for TV and internet. 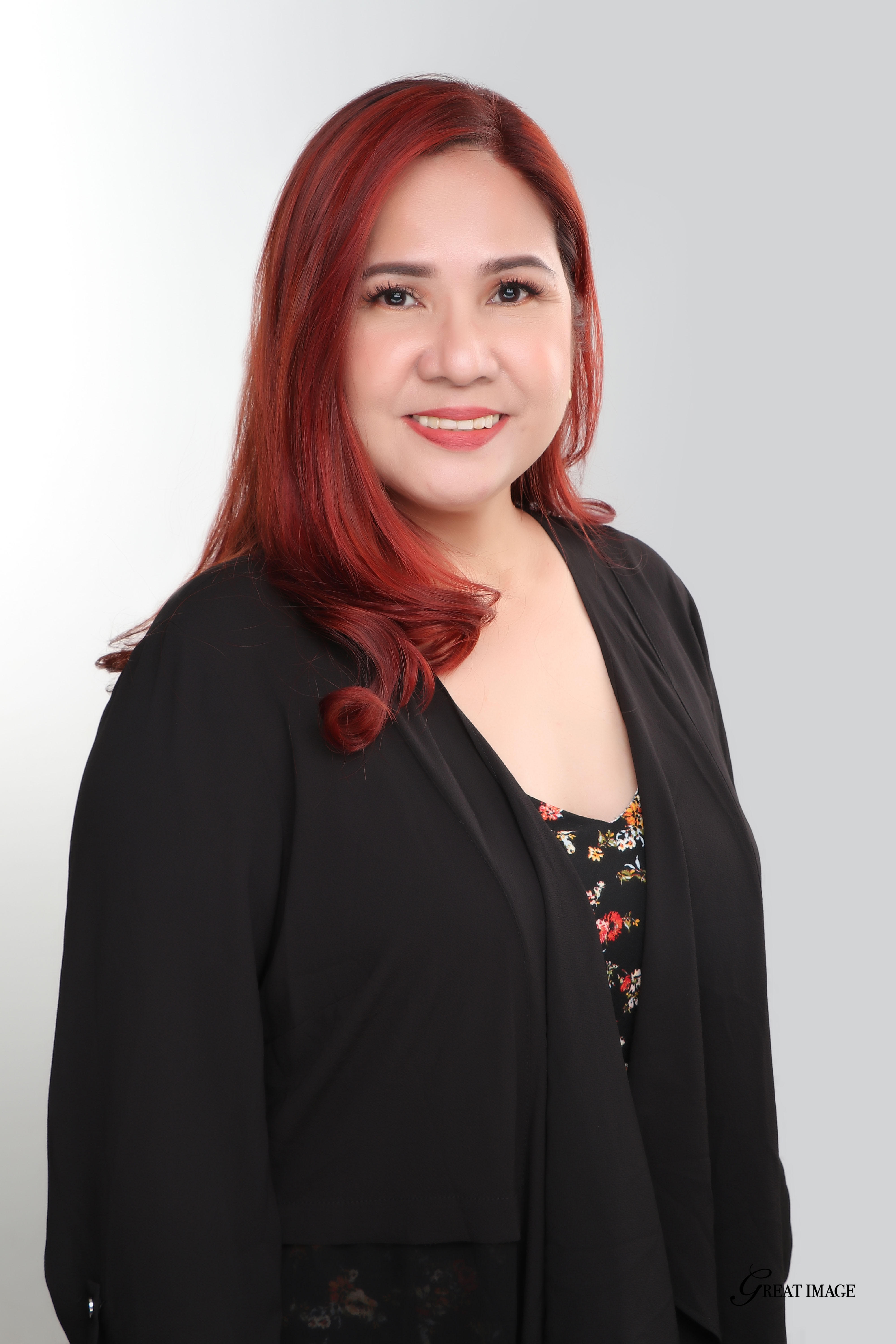 Jennifer G. Jurado is a seasoned public servant with more than 20 years experience in Government Office. Before joining IBC, she served as a Board Member of Northern Food Corporation (NFC). She worked at the Sandiganbayan 5th Division as Executive Assistant. Jurado was also an Internal Control Officer of the Audit Department at Philippine Tourism Authority. She is presently connected at Ro-Wel Corporation as VP for Operation. This esteemed worker has a Master's Degree in Business Administration. She is fully committed to working in the field of Public Service.

We have a long standing record in the broadcasting business.